Paws Up is a 37,000-acre working Montana ranch. In addition to more than 300 head of resident elk, you’ll also see a couple hundred stunning Black Angus cows roaming the rolling pastures of the Ranch.

The expansive property is a haven for authentic Montana dude ranch activities, like trail rides, cattle drives and chuck wagon dinners. You’ll also enjoy a vast menu of wilderness adventures. We offer fly-fishing on the legendary Blackfoot River (10 miles of which flow through the Ranch), rappelling down cliffs memorialized by Lewis & Clark, 16 stations of sporting clays shooting, white-water rafting, ATV tours and a host of activities for kids.

What differentiates Paws Up from an average Montana guest ranch is our commitment to luxury. We are Montana’s premier ranch resort, offering first-class service, luxurious accommodations and five-star amenities. At Paws Up, once you dismount from horseback, you’ll step into a world of incomparable creature comforts featuring gourmet cuisine, decadent spa treatments and personalized service. The amenities in our accommodations include flat-screen TVs, Wi-Fi, in-home laundry, heated bathroom floors, rain showers, organic spa products and hot tubs.

From our private luxury homes and safari-style tents to our attentive, anticipatory service, getting away to the wilds of a Montana ranch is no longer just about roughing it. It’s about roughing it in style. The Resort at Paws Up is truly The Last Best PlaceTM. 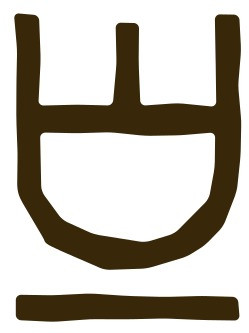 Paws Up Ranch is located in the heart of the picturesque Blackfoot River Valley, 35 miles northeast of Missoula, in Greenough, Montana. The beginning of the Ranch dates back to the homesteader days of the late 1800s. The history of the land goes back even farther to the time when the Blackfoot River served as a transportation corridor for Nez Percé, Flathead and Blackfeet Indians; then later on for fur trappers, miners and loggers. The Indians called the river Cokalahishkit, which means “the river of the road to the buffalo.”

Captain Meriwether Lewis, the first “celebrity” known to follow the well-worn Indian trail along the Big Blackfoot, arrived in July 1806, on his return trip from the famed Lewis & Clark Expedition. Although no paparazzi were on hand to memorialize Lewis’s travels through the land that would become the future Paws Up, it is believed that he climbed a tall, craggy rock formation in the rushing waters at the confluence of the Blackfoot and Clearwater rivers. From that vantage point, he could have looked forward up the trail that would take him onward to the next leg of his memorable trek.

Nearly 75 years after Lewis’s historic journey, miners and loggers became prevalent in the area, and the town of Sunset materialized. Placer mines were active in the area as early as the 1860s, producing gold, silver and copper. An abundance of gold was discovered in 1898 at the Nancy Hanks Mine in the town of Garnet, located just down the road from the main entrance to Paws Up Ranch. Garnet became a boomtown and during its heyday was home to nearly 1,000 people. Although ravaged by several fires, Garnet is now one of Montana’s best-preserved ghost towns.

Paws Up’s property has also had its share of mining claims, including one for placer gold that was registered in 1882 by homesteader Henry Martin. His parcel of land, now known as the Martin Pasture, sits just up Sunset Hill Road, past Ranch headquarters. In 1885, the Big Blackfoot Milling Company started the first large-scale timber cutting operation at Sunset. The mill’s primary customers were the rapidly expanding mines that created an almost insatiable appetite for lumber. In 1898, the Anaconda Copper Mining Company took over the mill and formed the Big Blackfoot Railway to move timber from the outlying areas to the Blackfoot River. The main line of the railway ran from Greenough to McNamara’s Landing, which was located on the river about five miles north of the mill in Bonner. Today, remnants of old railway ties and track locations can still be seen throughout the Ranch. 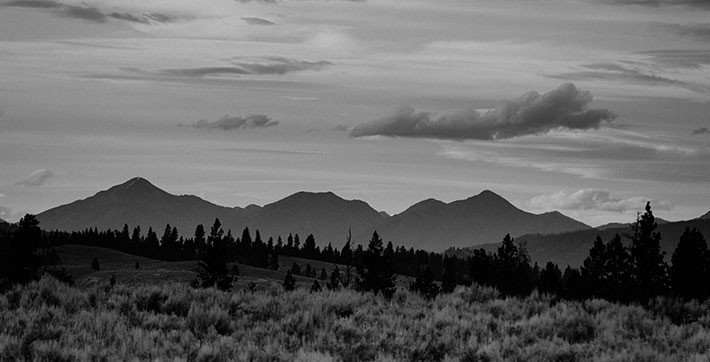 In about 1915, a young man named Paul Greenough acquired four homesteads, and along with the purchase of additional land, formed the first 3,800-acre ranch then called the Sunset Valley Ranch. Paul was the son of affluent businessman Thomas L. Greenough of Missoula, who made his fortune in mining and timber. A graduate of Andover, Paul did not follow in his father’s footsteps, but instead began his career in ranching. He was the only ranch owner to stock the spacious pastures at Greenough with sheep, in addition to cattle and horses. Paul was a big man with a big heart, whose sense of humor was evident by the fact that each and every wooly white coat belonging to the Greenough flock of sheep sported a large green “O” painted right on its back.

In 1917, a new, one-room Sunset School was built and welcomed a grand total of six inquiring minds that year. The original “schoolhouse” was a log cabin constructed on the Martin Homestead. The new school was located nearby on Morris Ranch property and was later moved the short distance down Sunset Hill Road to its present location just outside Paws Up’s headquarters. The Anaconda Copper Mining Company returned to Sunset in 1926, and 12 logging camps swung back into action, producing millions of feet of lumber over the next eight years. By the end of that year, 20 railway cars of logs were being loaded daily at Sunset. Evidence of the ACM headquarters is still visible in the pastures behind the old working facility.

In July 1926, the Hartley General Store opened a post office right next door to the current site of the Sunset School. Austin Hartley became the first postmaster and recommended that the post office be named Greenough in honor of Paul. In the coming years, the ranch itself and the surrounding area also became known as Greenough. Paul died of leukemia at the age of 41; however, nearly 100 years later, the Greenough name and history lives on.

Over the course of the next seven decades, the ranch would host many diverse and fascinating owners. The first owner, Paul Greenough, had never married, so upon his death, the ranch became the property of the Greenough family trust. An uncle, John Epperson, took charge of the ranch for the next 12 years until Don and Mary Hunter purchased 3,500 acres in 1939, and leased an additional 16,000 acres. Hunter’s Point, a landmark located almost dead center in the middle of ranch, is named after Don. He mysteriously fell to his death from a San Francisco hotel window in the early 1950s, and the property was then sold to Gibb and Grace Kreis in 1952. Kreis was a former car dealer, and he ran a successful commercial Hereford business on the ranch for the next nine years. In 1961, a gentleman from California named William Duce bought the Greenough land. Herefords once again dotted the pastures. Duce had ties to Hollywood, and actors were known to frequent the ranch, including the lovely Maureen O’Hara.

The Lindbergh Cattle Company took over the ranch in 1965. Brothers Land and Jon Lindbergh, sons of the celebrated aviator, owned the property for the next 21 years, longer than any other owners. During this time, Land orchestrated the formation of the current boundaries of the Paws Up Ranch. He purchased the neighboring Morris Ranch (which added another 3,999 acres to the total deeded acreage), bought several smaller parcels along Nine Mile Prairie and was instrumental in a three-way land swap that brought the total deeded property to just over 10,000 acres. In 1986, the Lindbergh Cattle Company sold the property to Bill Moore of the Kelly Moore Paint Company headquartered in California.

Missoula lawyer Bob Mullendore became the next ranch owner in 1991. He formed the Greenough Cattle Company and was the first rancher to keep registered herds grazing at Greenough. Mullendore teamed up with environmentalists to control timber and headed up a major conservation project to reroute a large section of Elk Creek to stop erosion.

The year 1997 heralded new owners, the Lipson family, who purchased the ranch that had now expanded to 10,000 deeded acres and 27,000 leased acres. Arriving from Colorado, they brought with them a herd of superior horses, the desire to build a first-class Black Angus seed stock operation and their beloved ranch name. “Paws Up” was originally inspired by those over-friendly, wriggling dogs that greet visitors by putting their paws up in the air while their tails thump the floor a mile a minute. A member of the Lipson clan brought the name to life with the highly recognizable double paw logo.

Major improvements to the land and structures began in 1998, including large-scale renovations of the Main House, the Diesel House (the original Bunkhouse), the Morris House, the Bull Barn, the Little Barn and several other residences. Brand new buildings were also added at Ranch Headquarters. Not exactly a “shack” by definition, an architecturally impressive 7,000-square-foot Cook Shack was built of beautiful stone and timber. This spectacular facility houses the Ranch offices, an inviting dining hall and a comfy recreation room. It has an eye-catching, two-story turret with one of the best viewpoints on the property.

Another significant 7,000-square-foot building, the Sale Barn, was constructed at headquarters and comes complete with an appealing lounge area and a massive arena that seats up to 350 onlookers and features a removable polished wood dance floor. Three enormous plasma screens grace the walls of the arena; perfect for seminars or viewing the ultimate cowboy classics—just imagine watching John Wayne driving big cattle and Clint Eastwood hanging ’em high on these giant screens.

Paws Up also includes a world-class Saddle Club that was built with all the necessary facilities to train, breed and care for horses. The Paws Up staff combines years of experience and skill with a true love for their equine partners, creating the perfect atmosphere for superior breeding and training. The club also includes 56 stalls and an impressive indoor horse arena that has been described as one of the biggest and best in the entire state of Montana. (The latest Gallop Poll shows that 100% of the horses living on the Ranch enthusiastically agree.)

In addition to the eye-appeal of the land within the Paws Up boundaries, there’s also a vast expanse of natural beauty in the surrounding areas. Majestic mountains and scenic forests include the protected Bob Marshall Wilderness, the Garnet Mountain Range, the University of Montana-owned Lubrecht Experimental Forest and the Mission Mountains. These areas are rich with abundant wildlife, which often stop to set up house at Paws Up for a season or two. A variety of winged creatures are also frequent visitors, including the many ducks that exercise splishing and splashing rights on their very own pond in the middle of the property.

As well as providing water for the working aspects of the ranch, the 10 scenic miles of the Blackfoot River that wind through Paws Up offer some of the best fly-fishing in the West. With over six species of game fish, the “Big Blackie” has much more variety for the avid angler than most trout streams. The Blackfoot is known worldwide due to its prominence in the best-selling novel A River Runs Through Itby Norman Maclean and the successful movie of the same name directed by Robert Redford and starring Brad Pitt.

In 2003, after just five short years in the registered cattle business, Paws Up was rated as one of the top 10 Black Angus seed stock operations in Montana. After the annual production sale that year, the decision was made to focus on new enterprises, including running a commercial cattle operation and opening a first-class, luxury resort. And no wonder—such a unique and colorful history combined with miles and miles of wide-open space and spectacular beauty just has to be shared. Incomparable scenery and Big Sky hospitality make Paws Up truly The Last Best Place.