With a culinary career spanning more than two decades, Chef Jenn Louis carved out a highly acclaimed niche in the fast-growing Portland, Oregon, culinary scene. While eager Northwest foodies and critics celebrated her Lincoln restaurant, and later the Israeli-food inspired Ray, Louis’ excellence was noticed far beyond Oregon’s borders. She got the 2012 nod as Food & Wine Magazine’s Best New Chef, plus two nominations for the Best Chef: Northwest James Beard Award. Further putting Louis on the culinary map nationwide was an appearance on Bravo’s Top Chef Masters, among many other TV spots.

Louis is busily writing the next chapters in her stellar career—as a writer. First, there was the book, Pasta by Hand: A Collection of Italy’s Small Pasta Shapes and Dumplings, her ode to authentic pastas. It earned her a finalist slot for the 2016 IACP Award for Best Single Subject Cookbook. Second, her latest book, 2017’s Book of Greens, was nominated for yet another James Beard Award.

For guests at Paws Up, Louis offers families an exciting chance to learn through interactive cooking demonstrations and an opportunity to dine on her award-winning cuisine.

Schedule at a Glance 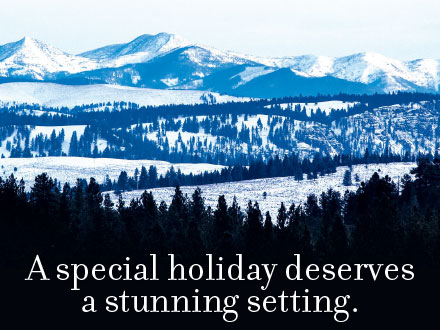